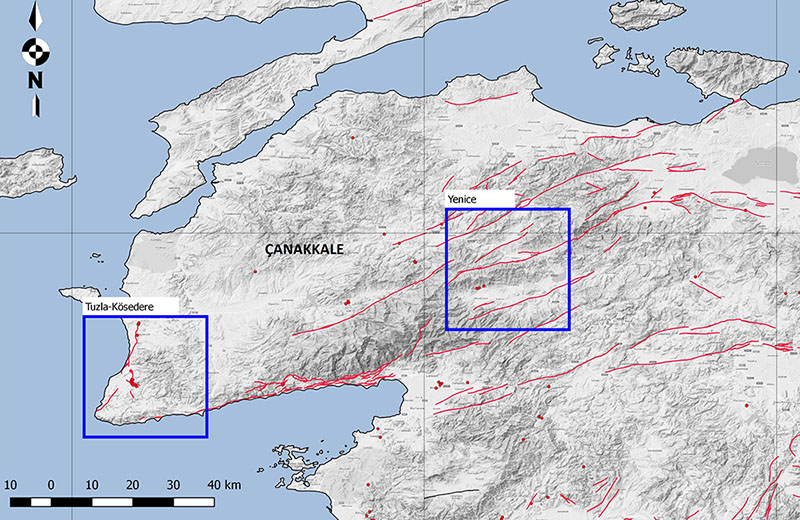 Tuzla-Kösedere region is one of the most active regions in terms of geothermal investments in the South West of Çanakkale. In this region, geothermal discoveries were first realized by MTA in the 1980s by the shallow wells (400-800m) being digged. However, a significant part of the investments accelerated with wells investigating deeper levels such as 2000-2500m after the year 2010. Today, two geothermal power plants with a total installed capacity of 17.5 Mw are located in the region. Enther Enerji has licenses to target active faults feeding the Tuzla geothermal system in this region and the distances of these licenses to power plants are three-four km.

Our company has completed geology, geochemistry and geophysics (gravity & magnetic, magnetotelluric, seismic) works both in Tuzla and Kösedere. As a result of the studies, it is first aimed to establish a power plant in the regions and it is aimed to establish greenhouses for tomato production with very high quality in these regions.